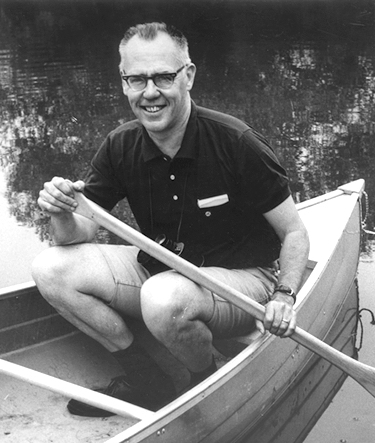 Harding and Thoreau shared an admiration for the outdoors

Walter Harding (1917-1996) was born in Bridgewater, Massachusetts. In addition to being an internationally recognized scholor of Thoreau, he was a distinguished professor at SUNY Geneseo.

Although he spent most of his career at Geneseo, Harding previously taught at the University of Virginia, Rutgers University, and the University of North Carolina. He worked at Geneseo from 1956-1982. At the college, Harding served as chair of the English Department for six years and was awarded several of SUNY’s highest honors. In fact, in 1983 (one year after his retirement), Harding became the first SUNY faculty member to be granted an honorary doctorate from SUNY itself.

Harding was devoted to studying the life and works of Thoreau. He wrote more than 25 books and articles on Thoreau; this includes biography of Thoreau, The Days of Henry David Thoreau, is considered the ultimate study of Thoreau’s life. Harding edited an edition of Thoreau's Walden that restores Thoreau's sketches to the text and includes abundant footnotes. He also founded the Thoreau Society, serving as the first secretary and at one point the president.

Harding’s impact at Geneseo continues to be acknowledged in several ways. His wife, Marjorie Brook Harding, endowed an annual lecture at SUNY Geneseo that bears his name. Each fall, the Walter Harding Lecture brings a distinguished scholar of American literature related to Thoreau to campus. Perhaps most notably, Geneseo's English Department holds meetings, special events, and lectures in the Walter Harding Room of Welles Hall. 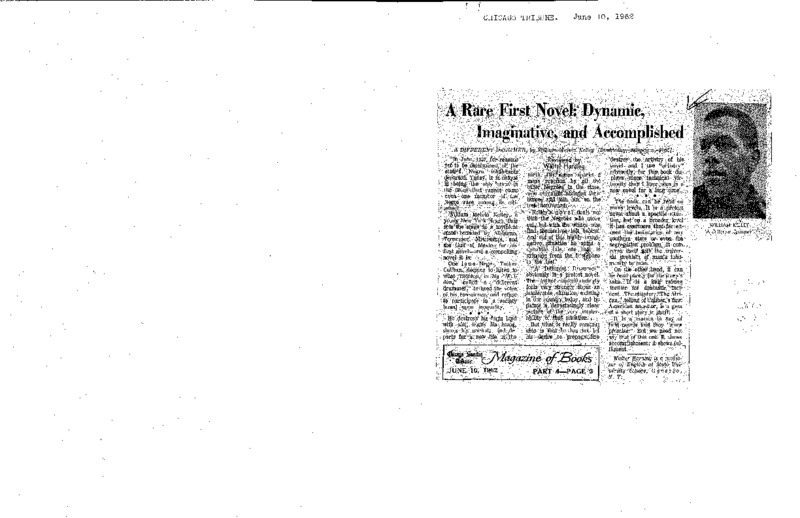 Walter Harding's interest in civil rights is reflective of the time period he lived throughout which also sparked his interest in Kelley. Another exhibit in this site that portrays this more in depth is the The Days of Walter Harding, Thoreau Scholar. Harding's stance on civil disobedience is relevant to the time period he was apart of. The mid 20th century was a time of civil disobedience as segregation, civil unrest, womens rights, and vietnam war protests were occuring.

A Different Drummer was written in the civil rights era, at a time where all that he stood for and supports was evident in society. Kelley's empowerment of the political vision he depicts in the novel suggests how the civil rights era racial hostility, oppression and reparation. The book is essentially a response to many years of injustice that people experience.

A Different Drummer's title was influenced and derived from a quote by Henry David Thoreau : “If a man does not keep pace with his companions, perhaps it is because he hears a different drummer. Let him step to the music which he hears, however measured or far away.”

The connection between Kelley and Harding is evident through many of Hardings reviews of Kelleys works.  They both valued advocating for civil rights and found themselves interesting in the civil rights movement of the 1960's.

← The Exhibit at a Glance
Kelley at Geneseo: Author-in-Residence →
Harding, Kelley, and Thoreau