The Exhibit at a Glance 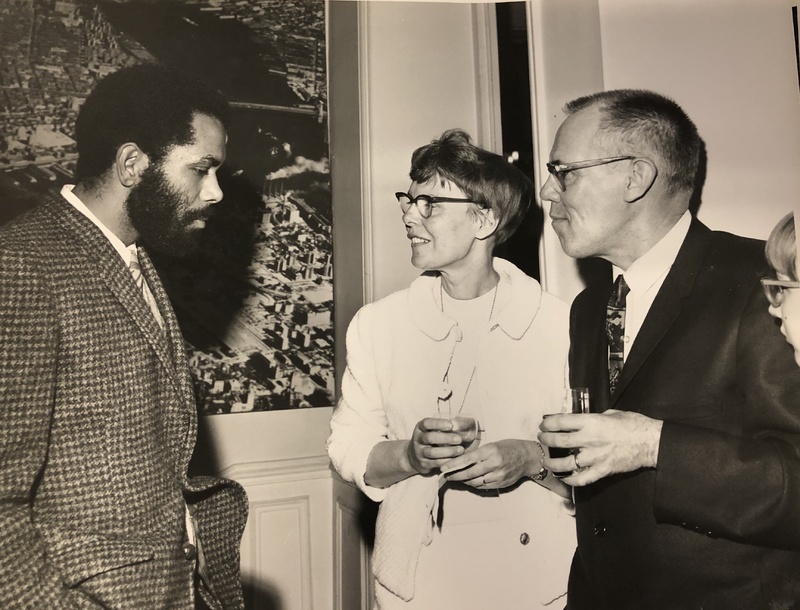 Kelley, Harding and Harding's wife at an English department gathering

Walter Harding's connection with Henry David Thoreau influenced much of his work and life.

One of the nations leading scholars on Thoreau was Walter Harding.  In the quest to pursue the understanding of Thoreaus' work and life, Harding reached out across the nation for fellow scholars who represented Thoreaus' ideas. One such scholar was William Melvin Kelley, author of A Different Drummer. In this piece, Kelley explores Thoreaus' concept of radical individualism. Harding and Kelley also shared an interest for the civil rights movement. With Kelley originally going into higher education in pursuit of a law degree with a focus on civil rights, much of his previous pursuit of education was evident in his work.

Through Harding's invitation to Geneseo, a friendship formed between the two scholars and impacted the student community in the Spring of 1965 at SUNY Geneseo.

Kelleys time at Geneseo forms a part of the larger story of Walter Harding.

Harding, Kelley, and Thoreau →
The Exhibit at a Glance