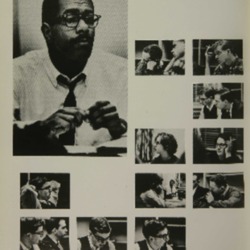 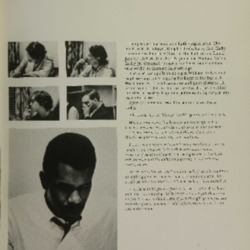 Harding was was so impressed by both of Kelley's works that he resolved himself to bring the talented young writer to the Geneseo campus, where he was given the position of "author-in-residence" to teach english. Kelley's English 404 class was deliberately designed to allow him to share his own texts with the students in order to give them a first-hand account of what it actually means to be an author. Harding was no doubt channeling the beliefs of Thoreau by giving Kelley such a position, as Thoreau claimed multiple times throughout Walden that the experiences of the expert ought to be cherished and valued by those seeking to follow in their footsteps.

Kelley's classroom was filled with free discourse, as he encouraged his students to share their opinions without fear of the social niceties that . In the school's 1965 Yearbook, Kelley's manner was described as "one of casualness and quiet alertness. He would listen as the students criticized each other's writing and then insist they drop their politeness to dig deeper into each other's errors". Perhaps Kelley was himself channeling Thoreau, who claimed that "ettiquette and politeness" caused people to "lose some respect for one another", as the refusal to speak your mind was the compromising of your ideals.

Students, rather than bristle at the frankness of Kelley's classroom, absolutely adored him for it. The school newspaper, The Lamron, hosted a number of student-written articles about the young author. Kelley was said to be a "disappointment" to students who had expected someone far more controversial; rather, he was "very human, very real, an average guy outwardly." Kelley brought a realness and rawness to his role that was greatly appreciated by the student body, an ability to tease out . His presense at Geneseo was considered "a special source of pride".

Kelley quickly found himself submerged in the life of a professor upon his arrival. He frequently was asked to speak at campus at public seminars and discussions on political and social topics such as the ongoing Vietnam War, the spread of communism and socialism, and race relations in America. He also opened up the topics of his classroom to the general public, holding open events where he discussed the nature of authorship in a increasingly radicalized world. He was involved in no less than four panels and seminars during his mere one-semester tenure, an impressive feat of dedication to the endeavour of education. 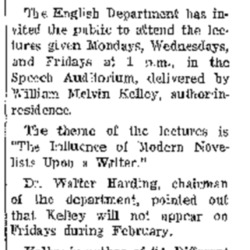 A Lamron Article on one of Kelley's Lectures 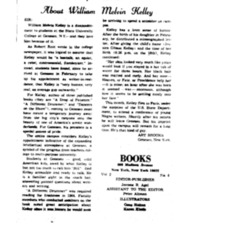 An Open Letter about Kelley 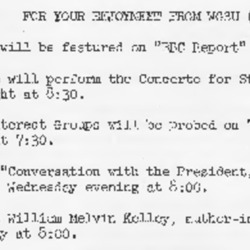 Bulletin about Kelley's interview on WGSU